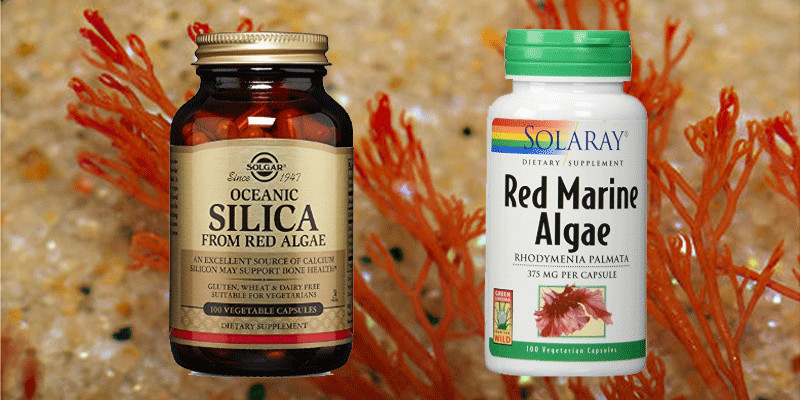 What Are Red Algae?

Red algae are also known as Rhodophyta. It is an ancient Greek name belongs to the oldest group of eukaryotic algae. Over 6000 species can be seen attached to other sea plants.  These are red in color because of the presence of chlorophyll by phycobilin pigments. You may find 5 % of red algae in freshwater. Red algae are also classified into some species like dulse, Irish moss, coralline algae or laver, etc.  Red algae are an important part of the ecosystem because they are eaten by sea animals like worms, fishes, etc. Humans eat them too because it has certain health benefits in the form of supplements. Let’s talk some more about red algae and red algae supplements.

Red algae have about 7000 species, but it has very constant taxonomy and every year new species are introduced. Only 200 species survive in fresh water. Today, we will talk about some of the species of red algae which are as given below:-

The most common species of red algae is Irish moss (also called sea moss)which has scientific name called Chondrus Crispus. These species are found on the rocky parts of Atlantic coasts of North America and Europe. Irish moss is used as food as well as supplements. It also has health benefits which are mentioned as above:-

Dulse or Palmaria palmate is also species of red algae. They are found in the cold water in North Atlantic Ocean and Northwest Pacific Ocean.  It ranges from red to purple color. Dulse is used as a cooking ingredient, snacks or medical. Dulse has following health benefits:-

This red algae species is known by the name of umutgasari. It is very important species which is commonly found on the shallow coast of South Korea and Japan. This alga is used for making agar-agar. It has following uses and benefits which are as given below.

It has also another scientific name .i.e. Ceramium virgatum. It is small in size thus called small red marine alga. Red hornweed may be found at rock pools and in habitats of upper sun littoral. It is repeatedly branch and grows up to 30 cm long. You cannot identify them very easily.

It is red algae dietary supplement which is 100 % vegetarian and Non-GMO product. The composition per capsule is 375 mg and Rhodymenia Palmata. It contains natural ingredients like dulse also known as red marine algae. This supplement has following benefits:-

This product is dairy and gluten free. It is an excellent source of calcium .i.e. supports bone health. It should be consumed by adults, 2 capsules in a day during mealtimes. Following are its benefits.