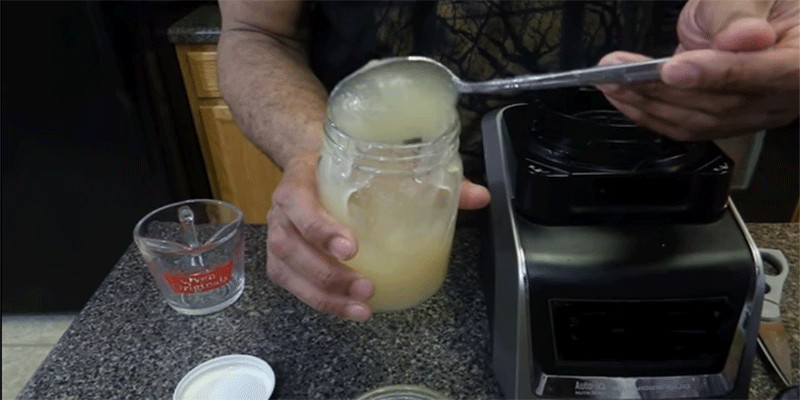 Sea moss is also known as Irish Moss and sometimes people call it Moss. Sea Moss is from red algae family, which is grown in abundant amount along the rocky parts of the Atlantic coasts of Europe and North America. It has a scientific name, which is Chondrus crispus.

Sea moss drink is a very popular Caribbean drink, which is made up of dried sea moss along with the various sweeteners and milk. Basically, Sea moss is made up by soaking dried sea moss in lime juice overnight and then you can boil them in water and mixed with cinnamon and hence it becomes jellylike. When it cools down, then it is blended with sweeteners like vanilla, sugar or nutmeg.

These drinks are very popular among Caribbean countries and Jamaica. People like to have these drinks because of their various health benefits.  It provides gastrointestinal and other skin benefits.

Sea moss is rich of natural minerals, vitamins, and dietary fibres that are good for human body. Sea Moss is versatile and can be used in many ways – you can make sea moss gel, drink, powder – add it to smoothies, drink, tea and more. These are readily available and can be made at home as well. we will discuss some of health benefits of sea moss in general, which are as mentioned below:-

Sea moss drink improves your gastrointestinal problems as it contains good and healthy amount of minerals like sulfur, calcium, potassium or iodine and vitamins like A, E, F,K and D. It is chemical combination of sea moss which helps in heating and consumption of liquid which helps in treating other intestinal problems and obesity, tumors or ulcers.

Sea Moss drink also helps in hydrating your skin and also repairs various skin problems like psoriasis, eczema rashes or sunburns. It also helps in repairing cellular walls of skin if you use it regularly.

It also helps in boosting your immune system of the body. It helps in strengthening connective tissues. It also helps in promoting medical issues like pneumonia and TB (tuberculosis).

This energy drink consists of minerals like potassium which helps in the functioning of body cells. It boosts up your mental health and relieves from mental disorders like agitation, anxiety, moodiness, and It also acts like detoxifying agents as it removes heavy metal residues from the body.

If you eat junk food and have accumulated unwanted fat then eating sea moss along with bladderwrack may reduce the unwanted fat and help you lose some weight.

Sea Moss provides a feeling of fullness that helps you control your urge to eat. It also boosts energy, which could prove helpful for those participating in physical workouts to lose weight.

If you start taking sea moss every morning – your requirement for most of minerals and vitamins will be fulfilled. You must stop taking junk food and high card, high calorie food. Once you include sea moss in your daily meal – you’ll naturally start losing weight.

Sea moss has citrulline arginine a compound that stimulates the
metabolism which can help if you’re trying to lose weight.

It also boosts your energy of the body. It also promotes metabolic enzyme process which is essential in absorbing the nutrients and maintains muscle strength of your body.

When your body shows very fewer hemoglobin levels and decreases RBC’s, then the oxygen circulated in the body became very low. Thus sea moss helps in improving deficiencies of iron and cures anemia. It also improves the immunity levels of the body.

Though sea moss drink is a good source of potassium, so it helps in preventing inflammation and also prevents congestion. Antiviral agent’s help in preventing all types of infections like tuberculosis, coughs, bronchitis, and many more.

Sea moss is very mild in nature and contains a lot of fiber, so it helps in quick digestion. It also helps you in improving digestion related problems like gastritis, nausea, and heartburn.

As we know sea moss drink has a sufficient amount of iodine, thus it helps you in preventing the side effects of radiation therapy. It also recovers you from cancers and poisons that are mostly caused by radiations.

Just to let you know that Sea Moss and Irish Moss are the same thing. Don’t get confuse.

How to make sea moss drink?

This phase will describe how to make Sea Moss Gel. Following are some steps which will help in preparing sea moss gel are as given below:-

In this phase, we will learn about how to make sea moss drink. Here are some steps which help you in preparing sea moss drink are as mentioned below:-

So from the information, we talked about sea moss drink, where you can find them, sea moss benefits and how you can prepare it on your own. We recommend you to add this drink to your diet and avail of all their benefits. So stay healthy and sound by choosing the right food in your diet.

Is Sea Moss the same as Irish Moss?

Yes, Sea Moss is found all over the world, so it has many names. Irish people started eating sea moss early and they the name Irish Moss popular. Other names of seaweed are Jamaican Sea Moss, Purple Sea Moss – it is purple in color, Gold sea moss, black sea moss, Dr Sebi Sea Moss.

Don’t boil sea moss. You simmer sea moss for an hour or so, then rest it to cool down and then strain it and keep the water. You should not throw the water that has all the nutrients. A lot of people blend the sea moss add the water to it. You can do only if you washed and rinsed sea moss properly.

Yes, Sea Moss has Omega-3, Omega-6 that help lose unwanted weight/fat. Sea Moss has dietary fiber that also helps in losing weight. But remember just eating something would not help you lose weight, you may have to watch your overall eating habit and exercise. Good lock.