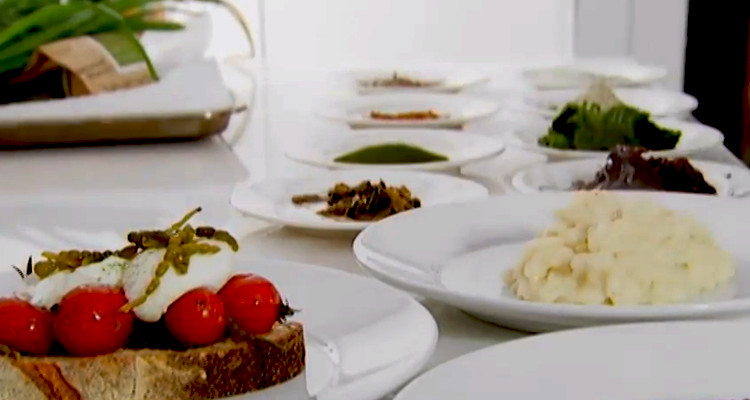 Seaweeds also called Algae which are edible and have been used in Asian cuisine for centuries. All seaweeds are not edible. Still, there are a number of edible seaweeds that are tested for human use. Seaweed can be used in foodstuff, medicine, biofuel, biogas, and cosmetics.  Seaweed industry is growing very fast, and turning to be an alternate food source. Researchers have been saying for last few years that algae are the next superfood.

Algae/seaweeds are naturally rich in minerals like calcium, copper, iodine, iron, magnesium, manganese, molybdenum, phosphorus, potassium, selenium, vanadium and zinc, Vitamin A, B, C and E. There are more than 30 varieties of edible seaweed. It is found in different colors i.e. Brown, Red, and Green.

Irish Moss is commonly found in the rocky areas of Atlantic coast of Europe and North America. It is used to cure diseases or infections of lungs like Bronchitis, Cough, Respiratory disorders. It also prevents from aging. Irish Moss is anti-inflammatory, antibacterial and anti-cancerous. It helps in skin smoothing, moisturizing, recovering dry hair etc.

Sea Moss is mainly found in Ireland and Scotland. The red algae have accessory pigments contained in cell organelles called phycobilisomes. These pigments absorb light and pass the energy via a chain reaction to the chlorophyll a for photosynthesis. Sea Moss helps in reducing stress.

Nori is commonly found in Japan and is also the most important ingredient of sushi. Nori sheet is used for decoration of food. Nori helps in stimulating hair growth, Strengthening hair, acts as nutritive and moisturizing agent. .

Sea Lettuce is found in the coastal areas of ocean. It is mainly used as a main ingredient of food in countries like Scandinavia, Great Britain, Ireland, China, and Japan. It is taken as salads and cooked in soups. Sea Lettuce is rich in soluble dietary fiber, a number of vitamins, minerals mainly iron and proteins. It acts as Antioxidant and Anti-Inflammatory. It increases skin elasticity, prevents wrinkle, helps in moisturizing etc.

Sea Palm is found on the western coast of North America. The blades of sea palm are used as an ingredient in certain dishes of California. It is anti-inflammatory, antiseptic and anti-wrinkle in nature. It also helps in softening, moisturizing and nourishing skin. The regular user of sea palm can feel shining hair.

Bladderwrack is a seaweed which is found on the coasts of the North Sea, the western Baltic Sea, and the Atlantic and Pacific Oceans. Bladderwrack is also commonly known as black tang, rockweed, bladder fucus, sea oak, black tank, cut weed, dyers fucus, red fucus, and rock wrack.

It is a good source of iodine. It is anti-aging and anti-inflammatory in nature. It is highly nutritive, thus, helps in Softening of Skin, skin firming, healing, skin soothing and skin elasticity. It also helps in shining of hair.

Laminaria is commonly known as kelp. It is found in the north Atlantic Ocean and the northern Pacific Ocean at depths from 8 to 30 m (26 to 98 ft) (exceptionally to 120 m (390 ft) in the warmer waters of the Mediterranean Sea and off Brazil). It helps in detoxification, purifying, revitalizing and firming of the ski. It is Nutritive in nature.

Wakame is sweet in taste. It is served with salad and soup. It is used for purifying the blood, increasing the strength of intestine, helps in moisturizing, smoothing and revitalizing skin, prevents from wrinkles, helps in hair, improves reproductive organs and helps in menstrual regularity. It acts as an antioxidant. It acts as a sunscreen. Wakame also helps in reducing obesity.

Spirulina is cultivated worldwide. It is used as a dietary supplement or at some places, it is used as a whole food. It is available in the form of tablet, flake, and powder. It is also used to feed in aquaculture, aquarium and poultry industries. Spirulina contains 5% water, 24% carbohydrates, 8% fat, and about 60% protein (table). It is a source of complete protein and contains all essential amino acids. It has anti-aging, Anti-Wrinkle, and anti-inflammatory property.

Seaweed snacks are simply dried and roasted sheet of seaweed. They come in different flavors. Seaweed Snacks are highly rich in vitamin A, B and C. After knowing this interesting fact that seaweed can be used as snacks, you are looking forward to knowing more in detail. Here, we are trying to share some of the most liked flavors of seaweed snacks.

By the name, you may be thinking that it is completely oily but let me tell you that it tastes wonderful. When you will take this in your mouth it will taste like roasted seaweed with a mild taste of olive. It has funky, briny and oceanic flavor.

The ingredients of this seaweed snacks are seaweed, olive oil, onion and sea salt. In this, the onion powder is simply dusted on the seaweed sheet. It tastes like onion chips.

The ingredients of this are seaweed, olive oil, organic ground chipotle, sea salt. It is spicy in flavor but lesser than wasabi.

Seaweed is known as super food as it is used in many forms as well. It is used as seasonings to enhance the taste of the dishes.  Some of the flavors of seaweed seasonings which are commonly found are as follows:-

Mara Seaweed – It is rich in protein, iron, calcium, iodine, and vitamins.

Seaweed is full of flavors and nutrients. Hence, it is used to make different types of soup. Here, we are sharing a list of seaweed soup:-

Seaweed soups are popular as they are beneficial in many ways. They help to fight against cancer, act as fat buster, helps in relieving allergy etc.

Seaweed is used to make healthy salads which are full of flavors. Wakame is an edible brown alga which is widely used to serve in a salad. There are a number of recipes in which seaweed is served as a salad.

It is directly derived from algae. It contains DHA which contains 97% omega-3 fats. The Benefits of algae oil are as follows:-